Last March, a group of students were lucky enough to swim with sharks in the Bimini Shark Lab field research station on Bimini island, Bahamas. Bull Sharks are curious and fast, Hammerheads shy and Nurse sharks are definitively clingy! Most of all, they are an incredible species, well adapted to their environment and especially interesting to humans! They are a keystone species and should be part of any marine conservation programme!

During this week-long course, students attended lectures given by a world shark specialist, followed scientists in their fieldwork, including, measuring and tagging lemon, tiger or bull sharks, observing sting rays (from very close to), juvenile lemon sharks, hammerheads or reef sharks. Performing an ultrasound on a pregnant female lemon shark at night was one of the most memorable experiences that this very dedicated group of Roseans got from their week in the lab! It also raised awareness about marine protected areas challenges such as plastic pollution and long-term prospects for species in the wild. 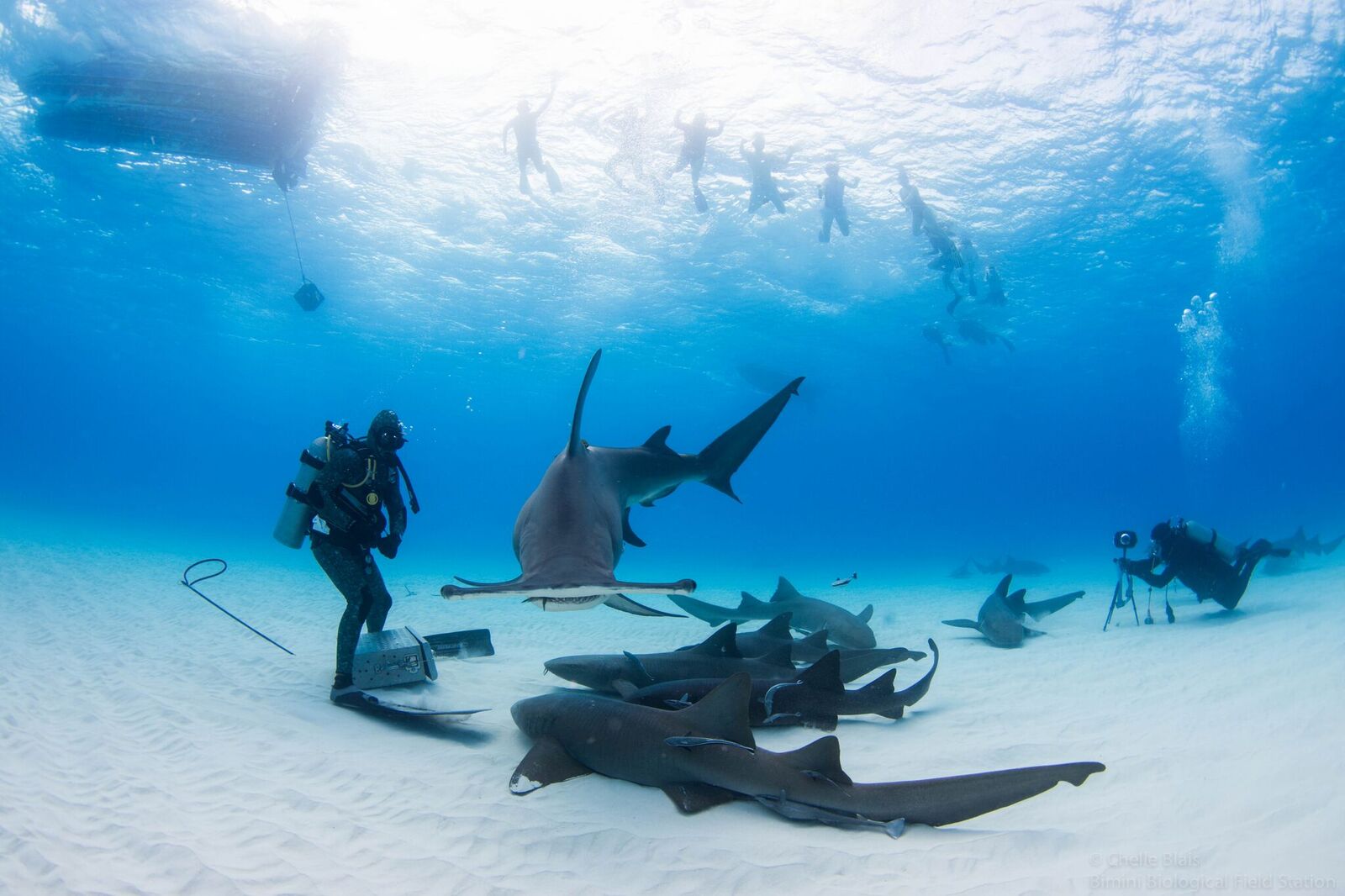 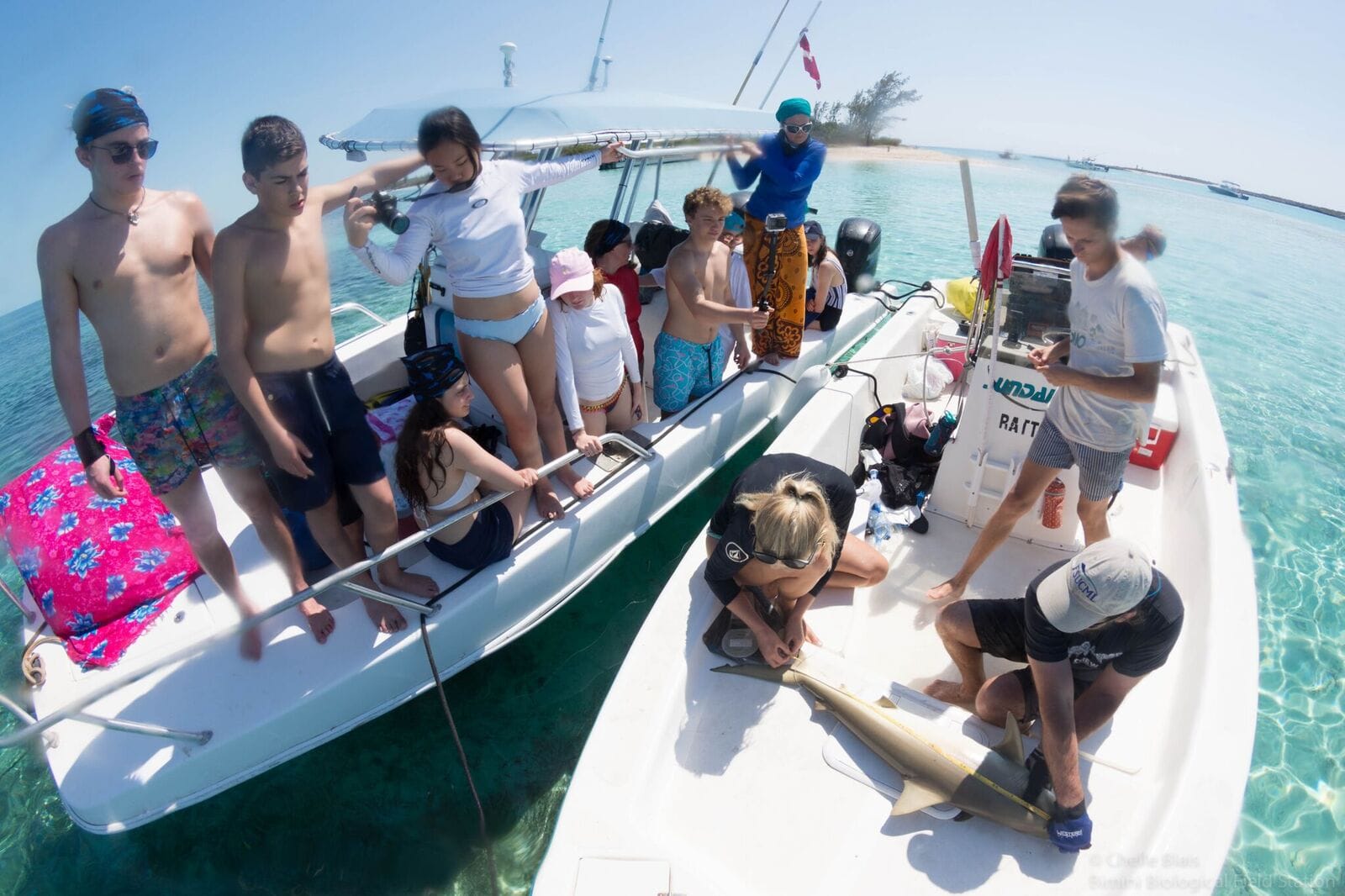 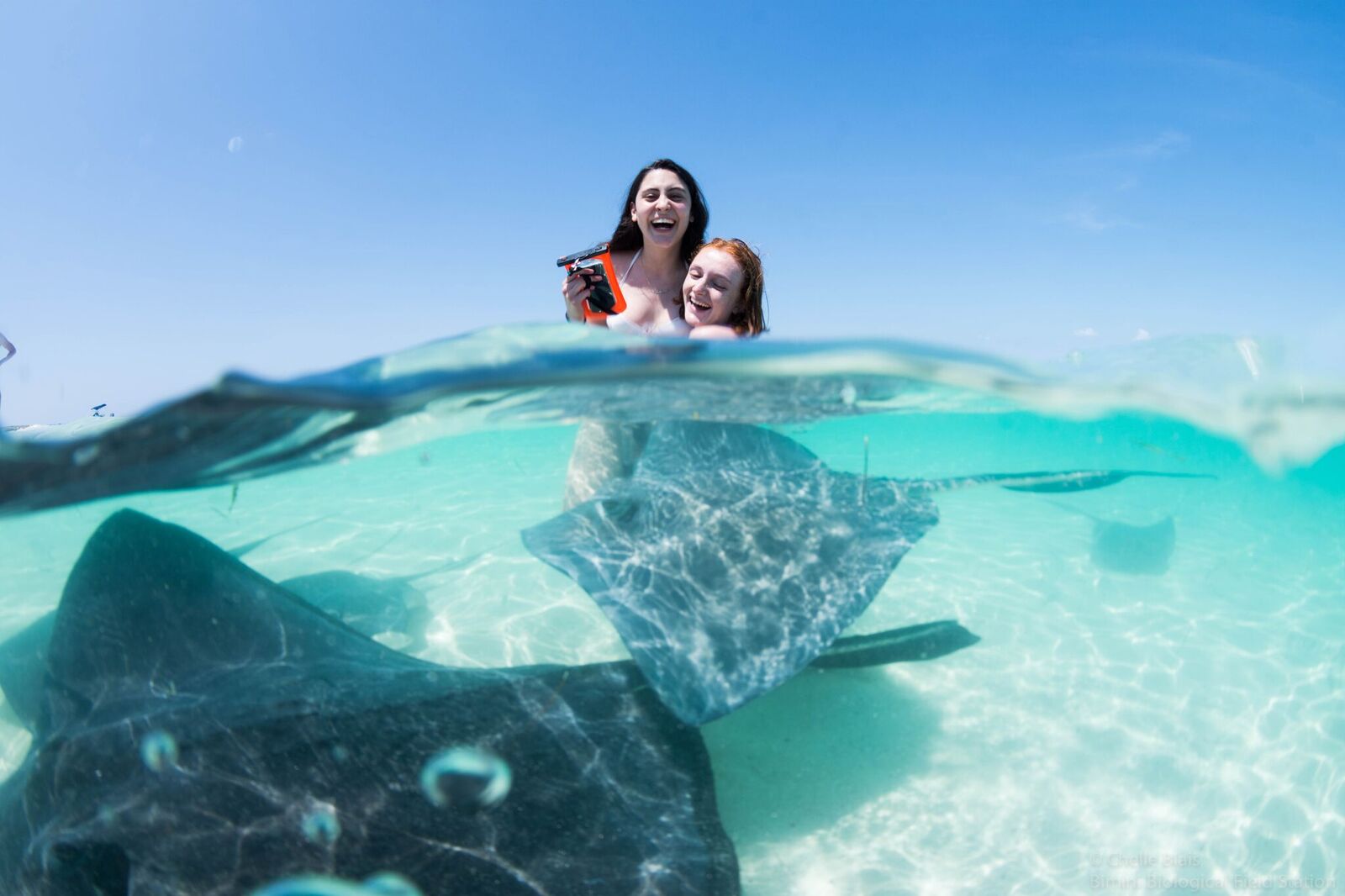 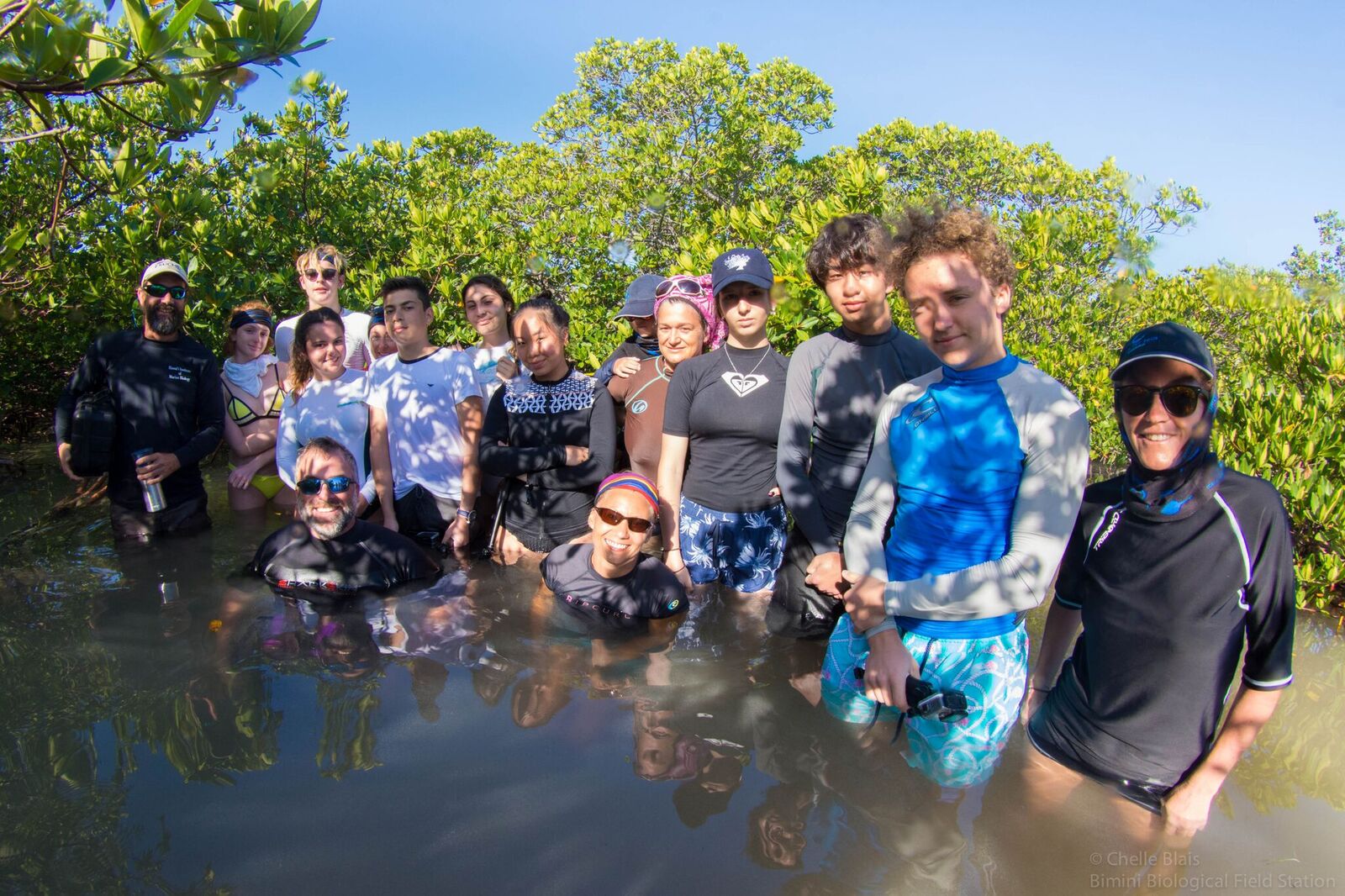 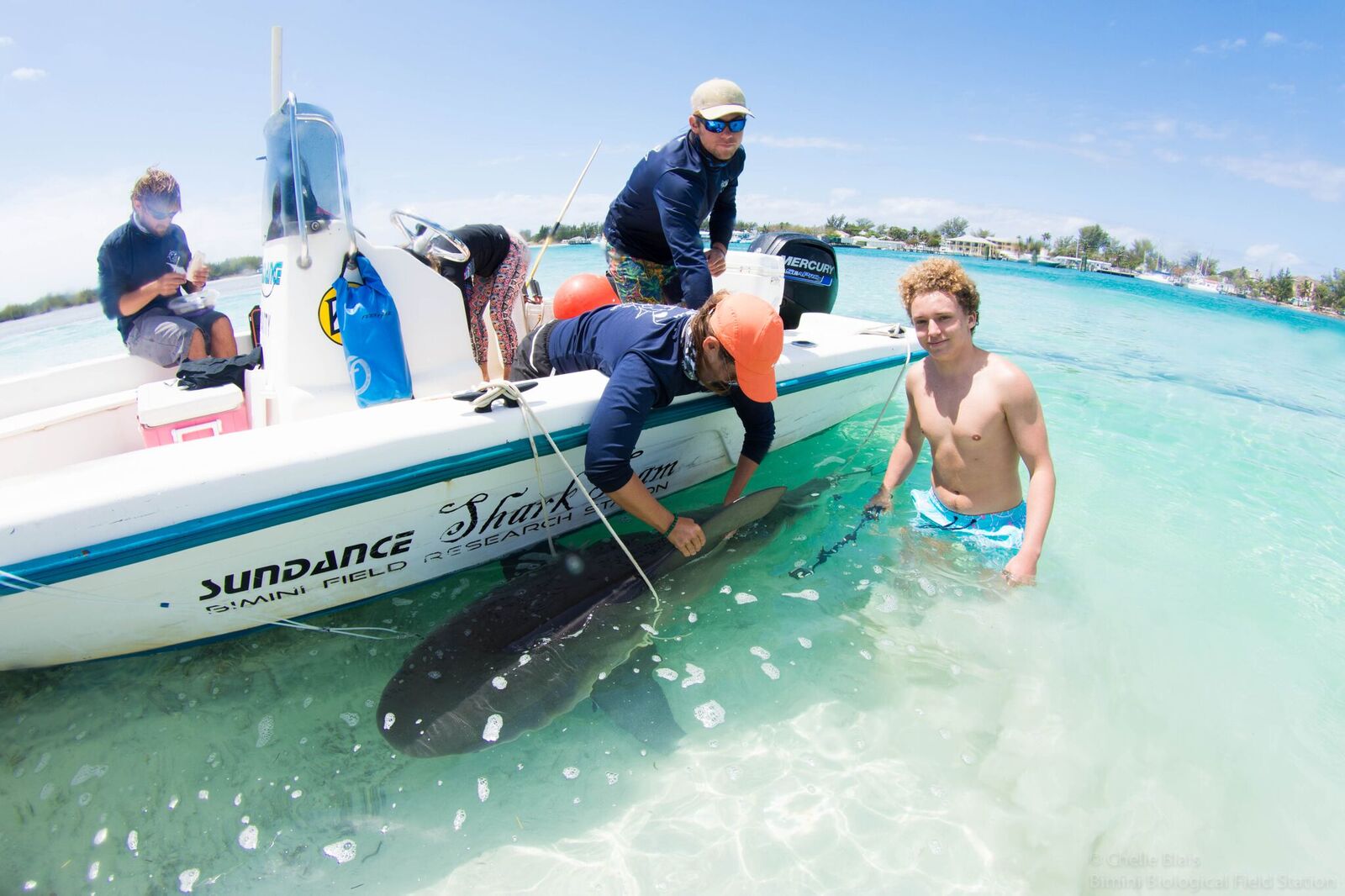 Posted at 09:00h in Actualités by Le Rosey
Share