17 Apr Not So Silent Movie

Many may remember the 2011 Oscar-winning French film The Artist when millions across the world appreciated the depth and artistry of silent films.  And of course, such films were never truly silent:  they were shown with pianists, organists  or, in certain cases, an orchestra enriching and completing the projection. A packed Rosey Concert Hall audience had the chance to experience this first hand in April when the talented Philippe Béran conducted the Geneva Chamber Orchestra in a performance of Charlie Chaplin’s own musical score to accompany his marvellous film, The Kid, projected on the immense RCH screen behind the orchestra.

Just over an hour later, 900 Roséens, parents and members of the public left the hall star struck.  The 1921 film — one of the most celebrated of the silent era — is a gem of poetry and humour, a tender yet hard-hitting story of a time when harsh treatment of orphan children and unmarried mothers was the norm.  The images were impressively fine, the storyline clear and uncluttered while the music and the film combined perfectly, inviting the spectator to follow both the movie and the musical accompaniment provided by an on-stage orchestra, clearly visible but unobtrusively lit.

Philippe Béran and his orchestra were remarkable. Playing with precision and clarity, despite needing to remain perfectly in time with the images on screen, they provided an inspiring performance.

Friends of the Rosey Concert Hall, artists and members of the audience then had the chance to share impressions during the traditional reception after the concert, prolonging the pleasure of truly delightful evening. 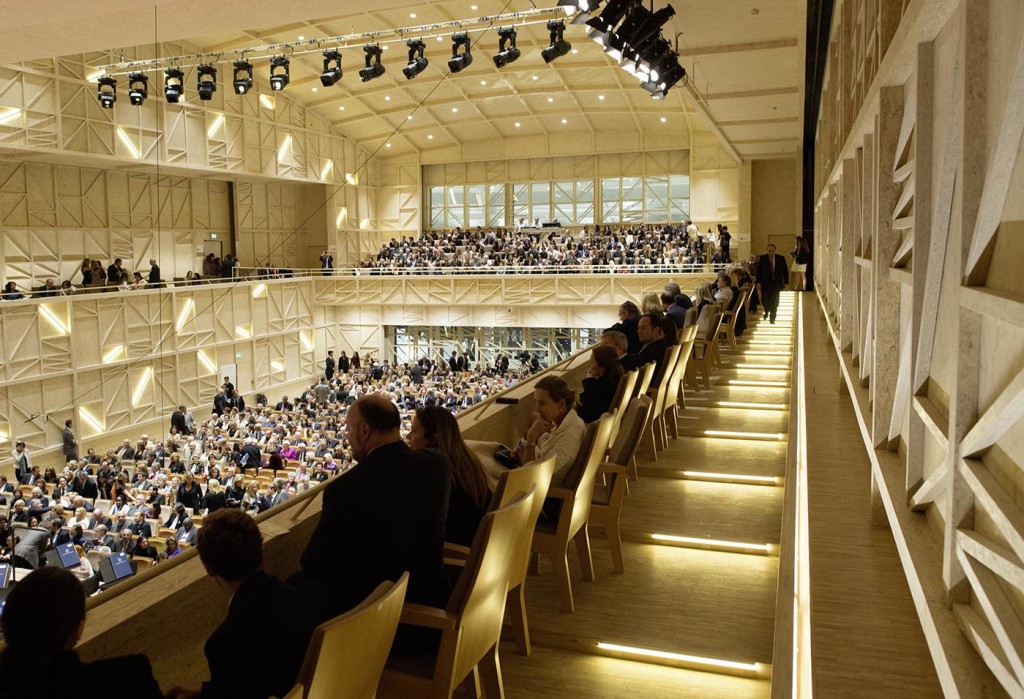