04 Nov The IMMA Season Begins with The Four Seasons

With the International Menuhin Music Academy (IMMA) term now under way, its brilliant young musicians opened Le Rosey’s Concerts du Dimanche season in magnificent style with a Vivaldi concert. The Concerto for 2 violins and 2 Cellos opened proceedings and showcased four of the orchestra’s soloists. This was followed by Vivaldi’s evergreen masterpiece with a different soloist for each of the seasons – and one could not help thinking that they had been chosen for the match between their personality and the mood of each concerto. Even for those who might fear that there is nothing new to discover in The Four Seasons, this was a performance of remarkable freshness, elegance, good humour and virtuosity, attended by a record audience for a Rosey Sunday concert. And more than 300 students, teachers and locals were treated to a delightful encore with Piazzola’s Libertango. 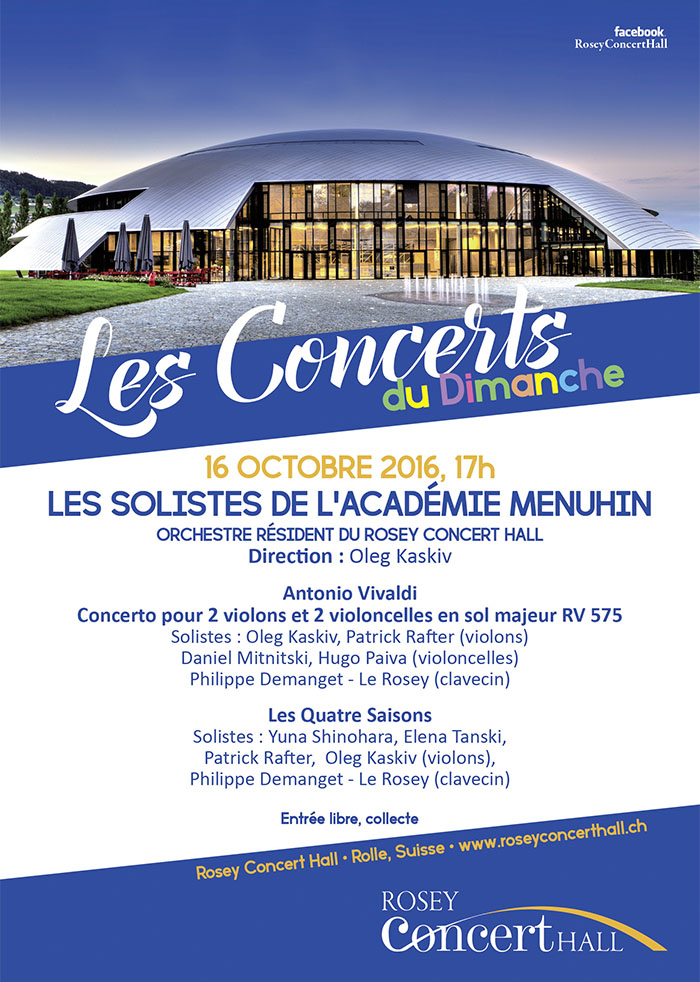