On Friday, 6th October, seven international schools came together for the third annual MUN@LeRosey conference. 120 delegates worked in three committees (including General Assembly I and II, and Security Council) to debate current issues, including the Israeli settlement conflict; control over sea, air and space; a review of the Declaration of Human Rights; and digital citizenship/privacy regulation. Participants represented countries other than their own and honed their skills in research, public speaking, lobbying and resolution writing. Team Le Rosey included 27 delegates and three chairs (Misha, Cyprien and Yue ). The conference was planned and organised by a dedicated conference committee of six students, led by the club president, Egor . We were very proud of all those involved, including our research officers (Emil and Geoffrey ) and our press team (the two Graces ). The feedback from the faculty advisors was especially positive this year, and we hope to launch a few changes for our 2018 conference. We’re already thinking ahead! 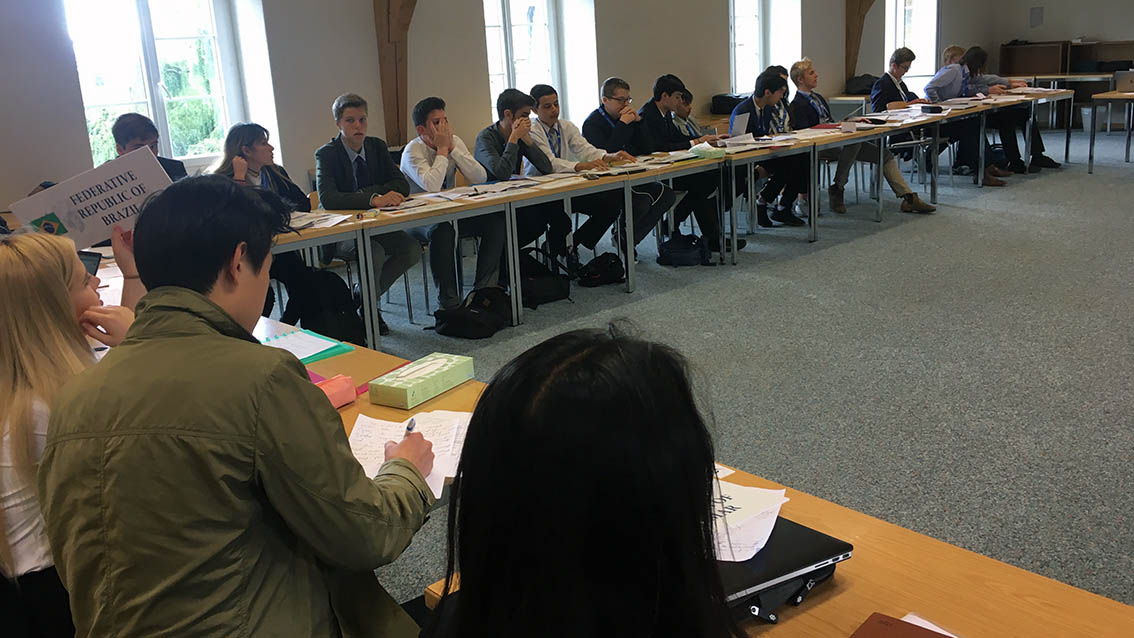 Posted at 10:00h in Actualités, News by Le Rosey
Share