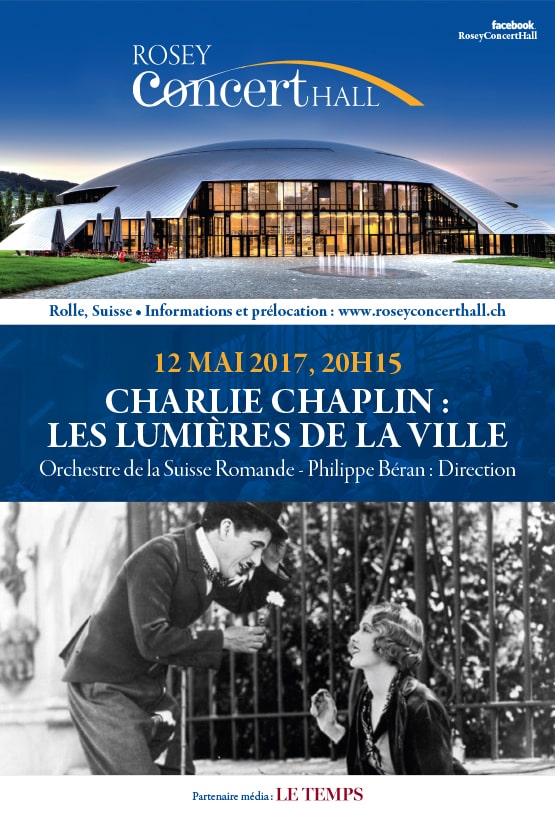 The latest concert in the Rosey Concert Hall season was a great success with Rosey students, along with the Lions Club audience, giving the Orchestre de la Suisse Romande, conducted byPhilippe Béran, a standing ovation. This was a concert sponsored by the Lions to raise funds and awareness in the struggle against a form of eye cancer, Retinoblastoma, that particularly afflicts children.  There could be no more appropriate film than Charlie Chaplin’s 1931 classic, City Lights, in which the tramp falls for a blind flower girl and then finds the funds to pay for a cure.  Chaplin acted and directed and he also composed a wonderful musical score without musical training, as his grandson, present at the performance, explained. The story was pure Chaplin: sentimental, yet moving and with a genuinely touching finale – most memorable though was the series of gags, by turns delicately balletic and hilarious slapstick, and with a truly memorable boxing match.

Posted at 09:26h in Actualités, News by Le Rosey
Share