20 May The Swiss Ambassador to China

Given how rarely the Swiss Ambassador to China, Jean-Jacques de Dardel, is in the Vaud Canton, we were delighted and honoured that he agreed to spend a few hours with us last Tuesday. In the course of his lecture, China: A Giant Reborn – Apprehensions and Appreciation, he traced the historical development of China, and in particular since the time of Mao, with an appropriate emphasis on demographics, economics, culture and politics. Some of the statistics he used in comparing China and Switzerland were particularly striking and showed just how quickly China is changing, as measured, for instance, in its growing GDP. Diplomat that he is, M. de Dardel also gave us one or two delicately phrased personal insights, especially in the Q & A session that followed the lecture. Roséens – amongst them a goodly number of Chinese – and teachers were greatly impressed by a brilliant talk and the impressive cultural knowledge displayed by the Ambassador. Several of them then had the good fortune to dine with him and prolong the discussion. 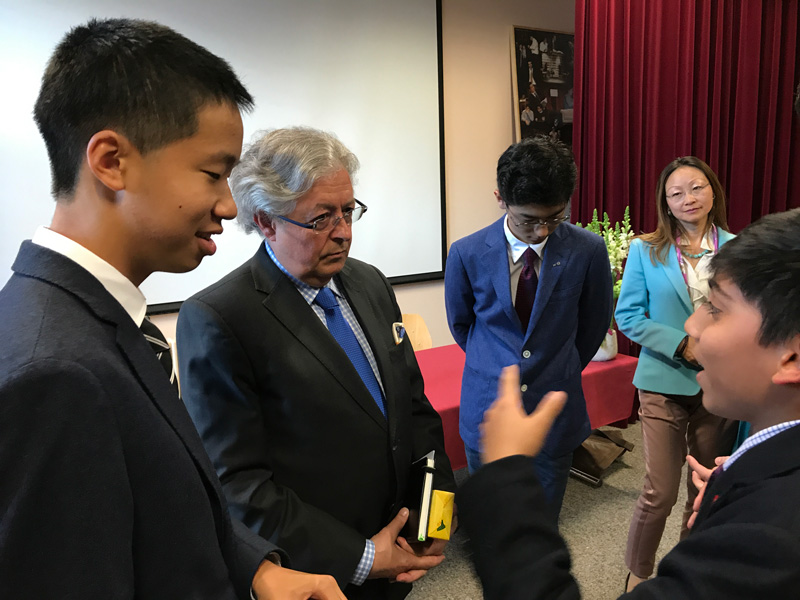 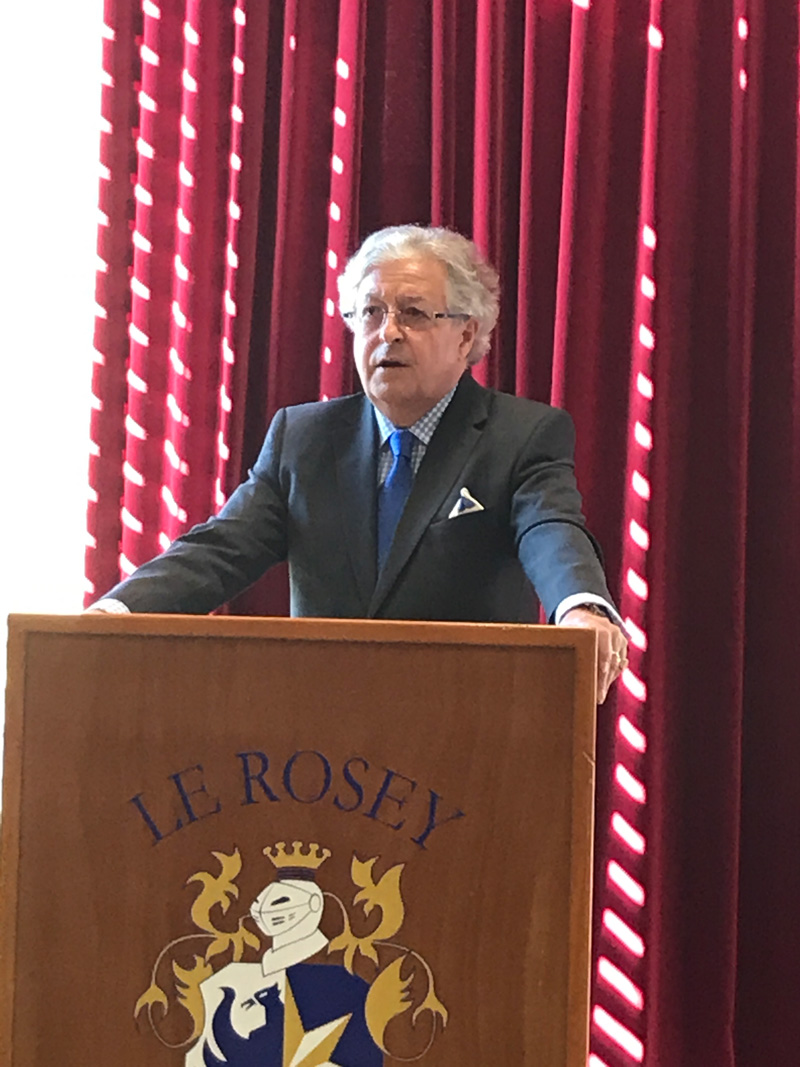