Victor Hugo’s Toilers of the Sea dates from his exile in Guernsey in the 1860s where his own strength, social conscience and stoicism were fashioned into the heroic and ultimately tragic story of an illiterate social outcast, Gilliat. In late September, Rosey students had two opportunities to see Paul Fructus’s astounding dramatic adaptation of the novel In Rosey’s Black Box. In a production that has won abundant praise, actor-writer-director Fructus condensed an epic novel of 500 pages into a dramatic monologue lasting less than 90 minutes. Gilliat and two musicians appeared out of the darkness to tell a romantic and majestic story of courage and dignity in a battle against the elements and despair. Fructus’s performance was a genuine tour de force, recognised by critics -and an enthusiastic Rosey audience- as “a masterclass in theatre”. 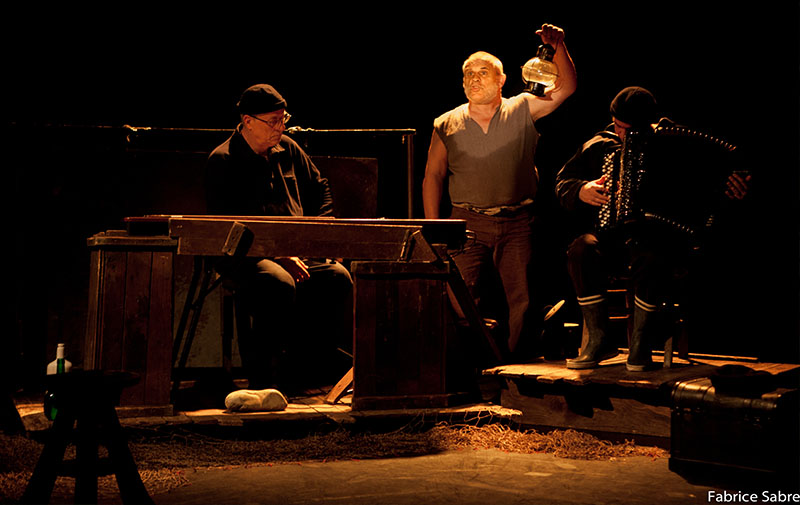