As part of Le Rosey’s weekend Expedition Programme, Class 3 were taken into the Swiss Jura at the weekend where they had hike to their camp 15 Km away near the Lac de Joux. They learnt how to navigate and how to look after themselves in case things go wrong while ascending the highest peak in the Jura, Mont Tendre (1615m). They planned, bought and cooked their own food which was of varying quality … although they did derive considerable satisfaction from being responsible for what they ate. The following day, in line with the overarching objective of the expedition, the group planned their route and then were fully independent, making their own decisions and facing the consequences if they got it wrong. They all ascended the Dent de Vaulion for impressive views before finishing the expedition in the picturesque town of Le Pont. 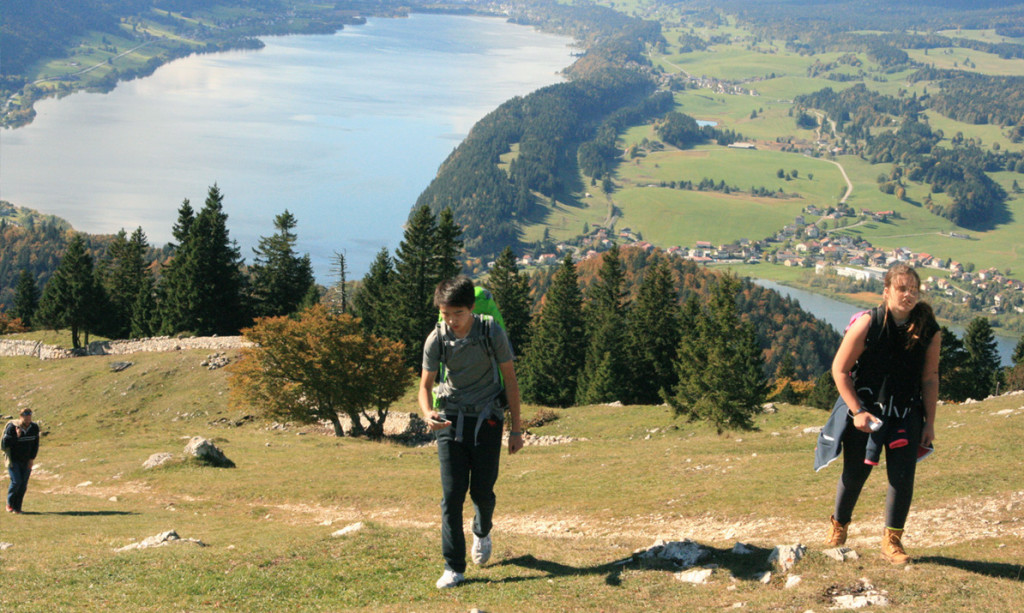