11 Apr Back to School

Le Rosey must be the only school in the world with three such different termly rentrées: the beginning of the year in September, Gstaad in January and the beginning of the spring term back in Rolle.
This year began smoothly but was enlivened by a special musical event in the evening: a short “pedagogical” concert.  IMMA, Le Rosey’s resident orchestra, was joined by a number of our instrumental teachers and one or two local orchestra professional players to create a mini-symphony orchestra.  Conducting the orchestra was the charismatic Philippe Béran from the Geneva Chamber Orchestra who explained with humour and verve the role of the orchestra conductor through extracts from Mozart’s Marriage of Figaro overture, El amor brujo by de Falla and Saint-Saens’ Havanaise with Oleg Kaskiv as soloist.  A short, educational concert with a Spanish theme in the school’s two languages, English and French, complemented by the universal language of music: a memorable start to the term. 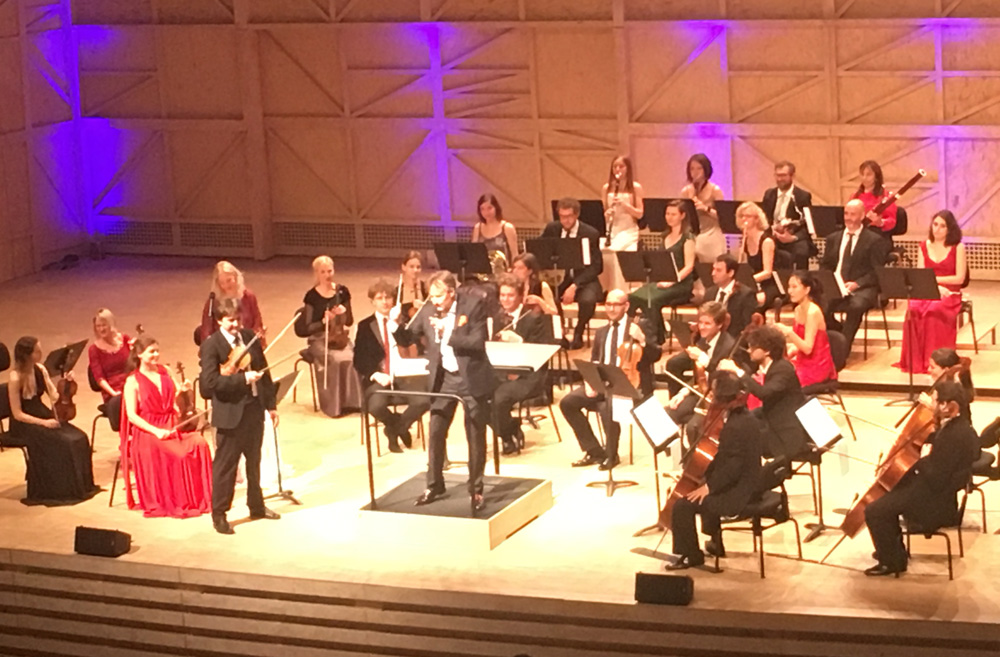